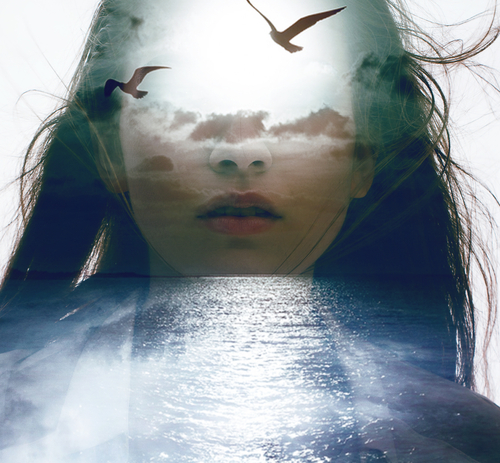 Never underestimate the power of the mind. It is truly incredible. Athletes use visualization in sports. They visualize the ball going in the hoop, jumping over hurdles, or performing a complicated move for gymnastics. This is a huge tool and one that, I believe, is under utilized by most.

My first experience with the power of visualization was when I needed to perform a rigorous swim test in order to get hired as a trainer at SeaWorld, San Diego. I had called to see if there were any job openings on a Monday. I lucked out, it was the last day they were posting the training jobs, and I received an invitation that same day to take the swim test on Wednesday. I had a little over a day to prepare, so I went to the gym and practiced in the pool.

Other people were in the pool playing, swimming, they had no idea that I was preparing for a job interview.

The length of the pool was half the distance that I needed to swim. I needed to be able to hold my breath for at least two lengths of the pool in order to pass the test. Focus, breathe, go for it. Pull, kick, glide… pull, kick, glide. This is what my swim teacher would tell me, to help me out with my breaststroke. Pull, kick, glide… I kept repeating the words in my mind. Puhhhhh! I surfaced and took a deep breath. I had only made it one half-length… one half-length? That meant I would not only fail my swim test, but fail miserably. I pulled my body out of the pool and tried to make it further than my first attempt. Other people were in the pool playing, swimming, they had no idea that I was preparing for a job interview.

The parts of the test that I could not pass were:

My time to practice was up. It was time to get on a plane to San Diego. So, why did I get on that plane? I was essentially flying towards a big fat failure. But, if I passed the test, if I pulled off the impossible, I could get my dream job as a SeaWorld trainer. That is when I remembered reading about basketball players who visualize the ball going through the hoop. So, I started to visualize the test. I held my breath and started my watch as I visualized myself swimming through the water and wanting to come up for air, but not giving in and continuing on. My times started to improve. I visualized diving down twenty-six feet and being able to clear my ears on the way down. This is all I did, during my entire flight. We may have been in the air, but in my mind, I was under water.

The next day I took a taxi to SeaWorld, and continued visualizing until it was my turn for the underwater swim. Deep breath. Go. I dove in and started the breath hold part of the test. I started singing a song to myself to take my mind off of the need for oxygen. “Borderline, seems like I’m going to lose my mind…” For some reason a Madonna song from the 80’s was in my head, but it was working. I got pretty far before I even knew it. Part of me wanted to take the easy way out and come up for air. It would have been so satisfying in the moment and yet so disappointing in the long run. I swam faster underwater and continued to sing, “You just keep on pushing my love, over the border line.” Then, before I knew it I was there. I had done it! The day before, when I had been in the pool, I could barely make it half a pool length.

Now on to the next task, dive down twenty-six feet. I take a deep breath and surface dive under water. The first thing I noticed was how much water was beneath me. A whole lot of water. My ears started to hurt as I pulled myself down, but somehow I equalized and was able to get to the bottom. I couldn’t believe it! I turned and pushed off the bottom and then had to go through all of that water to get back to the surface. I had done it. My visualization had worked. I had accomplished what I was unable to physically do less than twenty-four hours earlier and I had done most of the practice in my mind.

With visualization, I felt like I had an active role in my treatment and I was helping the chemotherapy target the bad stuff that was inside of me.

Years later, when I was battling cancer, I used the same visualization techniques. This time, I was visualizing the chemotherapy killing the cancer. I would see it eating away at the cancer and the cancer getting smaller and smaller until it was gone. I would visualize myself being cancer free and say the words “I’m cancer free, I’m cancer free, I’m cancer free” over and over again. Did it help? I have no idea, but it made me feel like I had a little more control over the cancer that was an unwelcome guest in my body. Years earlier, during that swim test, I had seen the power of visualization first hand. By seeing the cancer get smaller and then disappear in my mind’s eye, I felt like I had an active role in my treatment and I was helping the chemotherapy target the bad stuff that was inside of me. In 2006, a company named HopeLab created a video game for kids who are battling cancer, this game helps them visualize killing the cancer. Never underestimate the power of the mind.